April 4, 2018, marked the 50th anniversary of the assassination of Dr. Martin Luther King Jr., a defining event for the country and for the city of Memphis. As part of the larger MLK50 commemorations happening throughout Memphis, Rhodes planned several events to mark the life and legacy of Dr. King. In addition, the college created an MLK50 website that not only provides historical context to the events surrounding the assassination, but also shines a light on the personal stories of everyday Memphians, lending an immediacy to the days before and after the death of Dr. King. It is the college’s hope that these resources will be helpful to scholars of the Civil Rights Movement, members of the media, and history faculty in high schools and colleges.

In the panel discussion “Rhodes Remembers MLK50,” our alumni offered their personal perspectives on the significant incidents leading up to and immediately following Dr. King’s death. The conversation included Mike Cody '58, a member of Dr. King's legal team at the time of the assassination, who went on to become the attorney general for the State of Tennessee and U.S. Attorney for West Tennessee; Jocelyn Wurzburg '62, who founded the Memphis Chapter of the Panel of American Women and led a women’s march on City Hall in 1969 demanding the city and sanitation workers avert a second strike, which led to her appointment to the Tennessee Human Rights Commission in 1972;  Coby Smith '68, one of the first African American students admitted to Rhodes, who co-founded The Invaders, a grassroots civil rights activist group that began organizing the youth of Memphis to combat police brutality, poverty, and racial injustice; Carol DeForest '71, who as a freshman was inspired to march with the sanitation workers during the spring of 1968 and was present with them and with Dr. King, until his last speech the night before he was assassinated; and Calvin Taylor, who was also a member of The Invaders and worked at The Commercial Appeal at the time of the strike. The event may be viewed below. 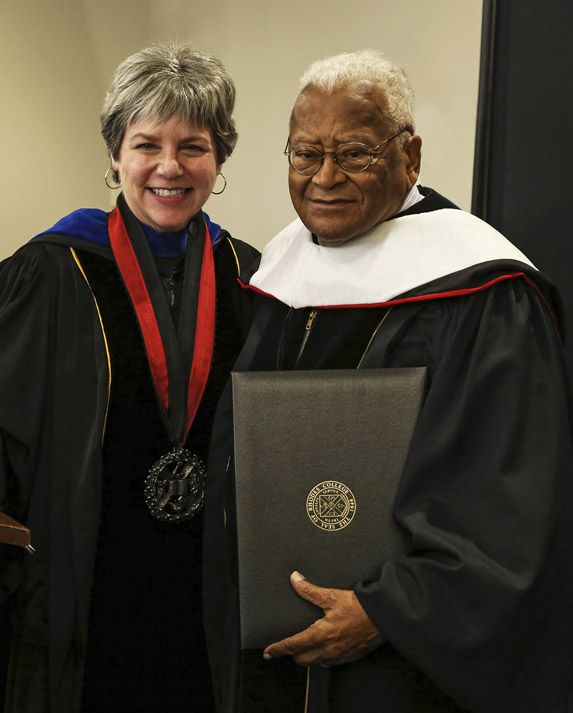 On April 5, Rhodes awarded longtime civil rights activist Rev. James Lawson an honorary Doctor of Humanities degree. While in Memphis for MLK50 events, Lawson spoke to a packed room in Rhodes’ Briggs Hall about the history and changes in the country, as well as the continued need for social justice. The Rhodes Board of Trustees voted earlier this year to confer the degree, and a brief ceremony took place prior to Lawson’s talk.

Rev. Lawson is regarded as a leading theoretician and tactician of nonviolence within the Civil Rights Movement. Born in Pennsylvania in 1928, Lawson grew up in Ohio and earned a bachelor’s degree from Ohio’s Baldwin Wallace College. He spent time in India as a missionary after graduating and studied theology at Oberlin College before transferring to Vanderbilt University in Nashville, TN. Vanderbilt expelled Lawson for his civil rights activism, but he went on to earn a Bachelor of Sacred Theology degree from Boston University.

While in Nashville, Lawson began directing nonviolence training workshops, which were attended by area college students, including many future leaders such as politician John Lewis. Their training sessions were put to the test in 1959 and 1960 with the launching of the Nashville sit-ins, which were later credited with disrupting segregation laws and practices.

Lawson stayed committed to nonviolent protest to effect positive social change and was involved with the Freedom Riders, even joining the riders on a journey to Alabama, where they encountered violent racism and incarceration. In 1962, Lawson became pastor of Centenary Methodist Church in Memphis, and when workers began the Memphis Sanitation Strike in 1968 for higher wages and union recognition, Lawson served as chairman of the strike committee.

After moving to Los Angeles in 1974, Lawson served as pastor of the Holman United Methodist Church until his retirement in 1999. He has remained active in social movements and human rights issues including economic justice, LGBT equality, and immigration rights.

“In this cultural and political moment, where we see continued inequities and violence against the oppressed and marginalized, his example remains incredibly relevant,” said President Hass. “His life of action inspires a call to each of us and reminds us to advocate for justice in our communities, to speak up for those who cannot speak for themselves, and to do, quite simply, what is right.”

Beginning at 6:03 p.m. on April 4, the bell in Halliburton Tower tolled 39 times to honor the number of years Dr. King lived. Those on campus were asked to observe a moment of silence as the bell tolled.

The bells began tolling first at the National Civil Rights Museum at 6:01 p.m., the time of King’s death, and then spread throughout the city of Memphis, followed by cities across the country and ultimately the world.

President Marjorie Hass worked with the National Civil Rights Museum to ask other colleges throughout the country to participate in the bell tolling.

Said President Hass, "The bell tolling provides our community with the opportunity to take a moment of reflection; a moment to think about Dr. King’s legacy; a moment to consider the theme of this commemoration: Where Do We Go From Here?” 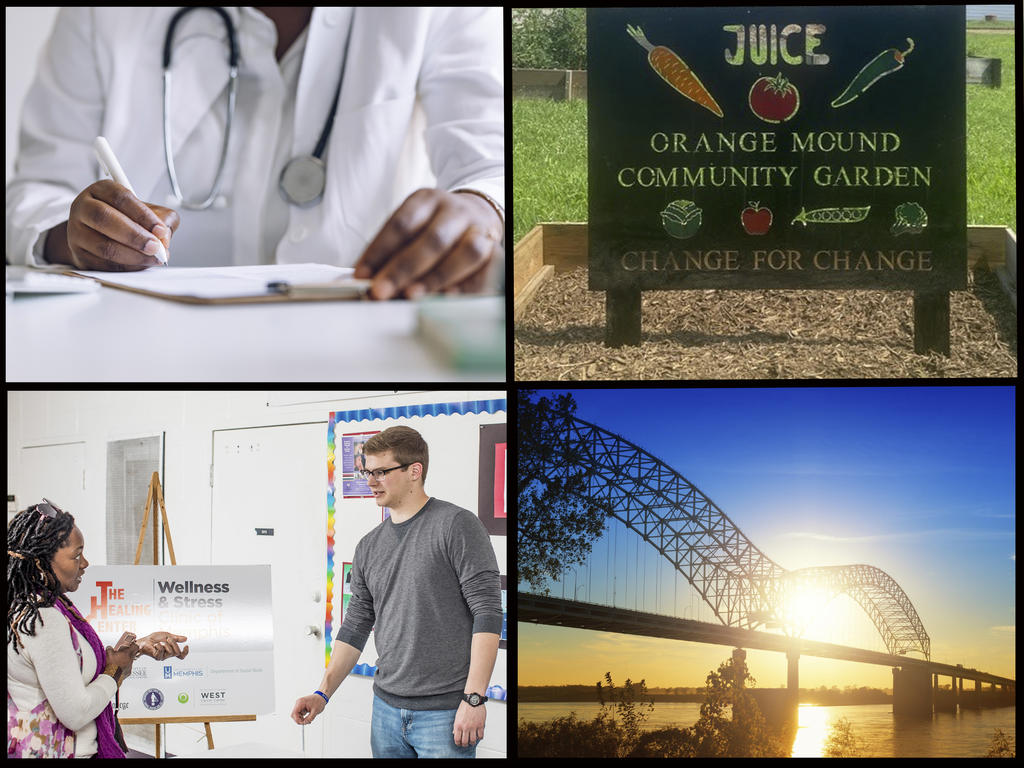 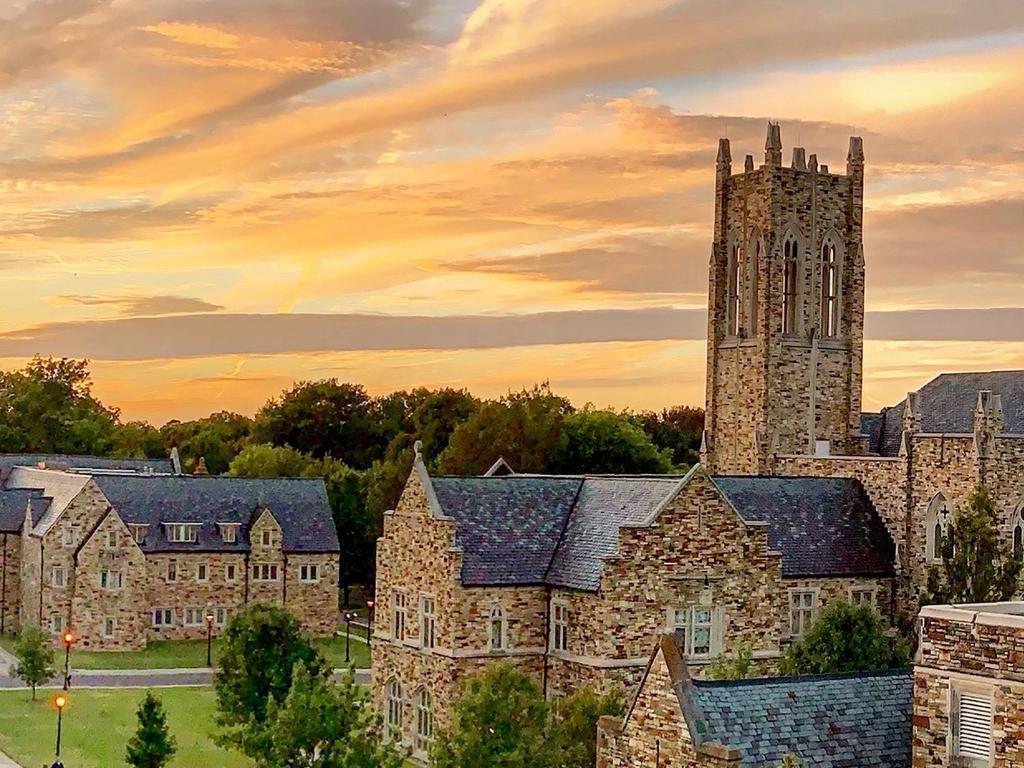 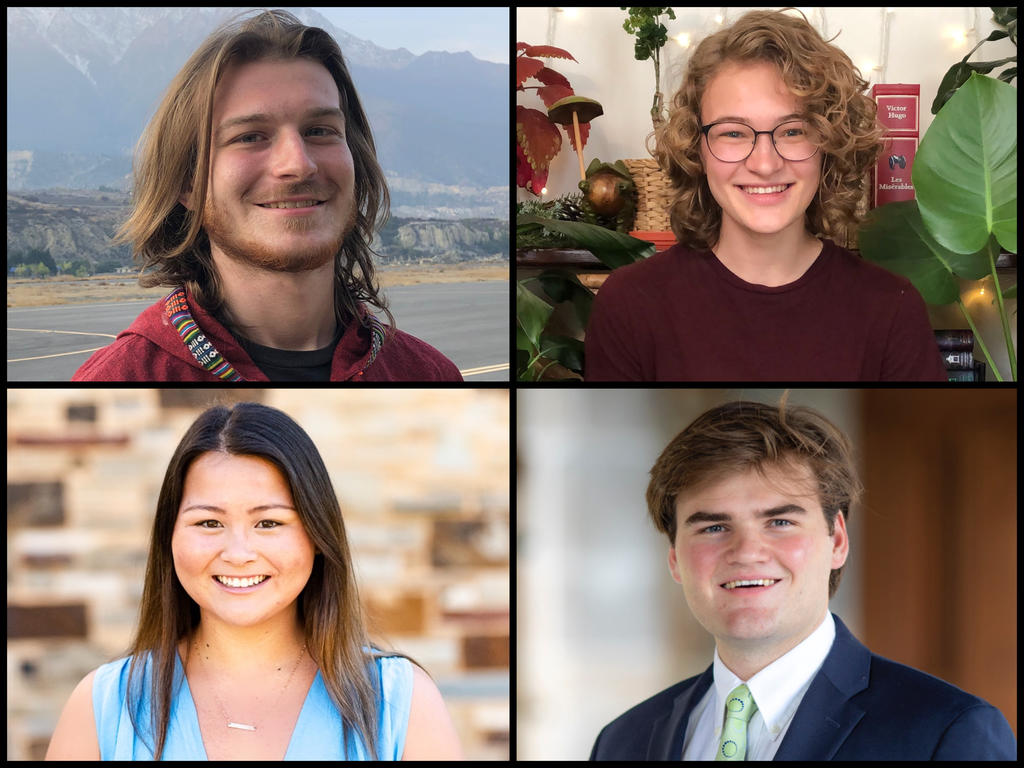