The Gender and Sexuality Alliance (GSA) at Rhodes has persevered to build community and belonging, despite being physically isolated. Working tirelessly since March, GSA leaders have managed not only to continue marking important LGBT-related occasions but also to welcome first-year students into the virtual campus community.

“We went into it with the mindset that our job is to facilitate the creation of community for LGBT+ students,” says GSA President Brooke Lever ‘21. “We knew if we were going to succeed in creating space and community on campus, then we’d need to work twice as hard as we normally would.” In recognizing this challenge, Lever and GSA First-Year Coordinator Alejandra Kerrigan ‘22 put themselves into the shoes of the incoming first-year students who have missed out on the campus experience that typically comes with one’s initial semester at Rhodes. In doing so, they realized that creating community was just as, if not more so, important this semester as any.

Thus, GSA leaders – including Lever, Vice-President Carter Taylor ‘22, Treasurer Sawyer Bay ‘23, and Secretary Lindsay Donnelly-Bullington ’21 – met regularly over the summer to ensure the Rhodes LGBT student community would endure. Queer and Trans People of Color Coordinator Em ’22 joined in on the work in September. Part of this meant converting the usual events, such as Pride Week, into virtual formats, like a Zoom dance party. GSA also worked alongside Rhodes Chaplain Beatrix Weil and Professor Joy Brooke Fairfield to coordinate the Trans Day of Remembrance vigil and invite local trans activist Kayla Gore to speak on the occasion.

While maintaining GSA’s major events was important, Lever emphasizes that, “community and relationships are built on 1,000 tiny moments and not three big events.” In keeping with this philosophy, other community-building activities included sharing a communal Spotify playlist, hosting open-mic nights, and facilitating first-year study sessions. 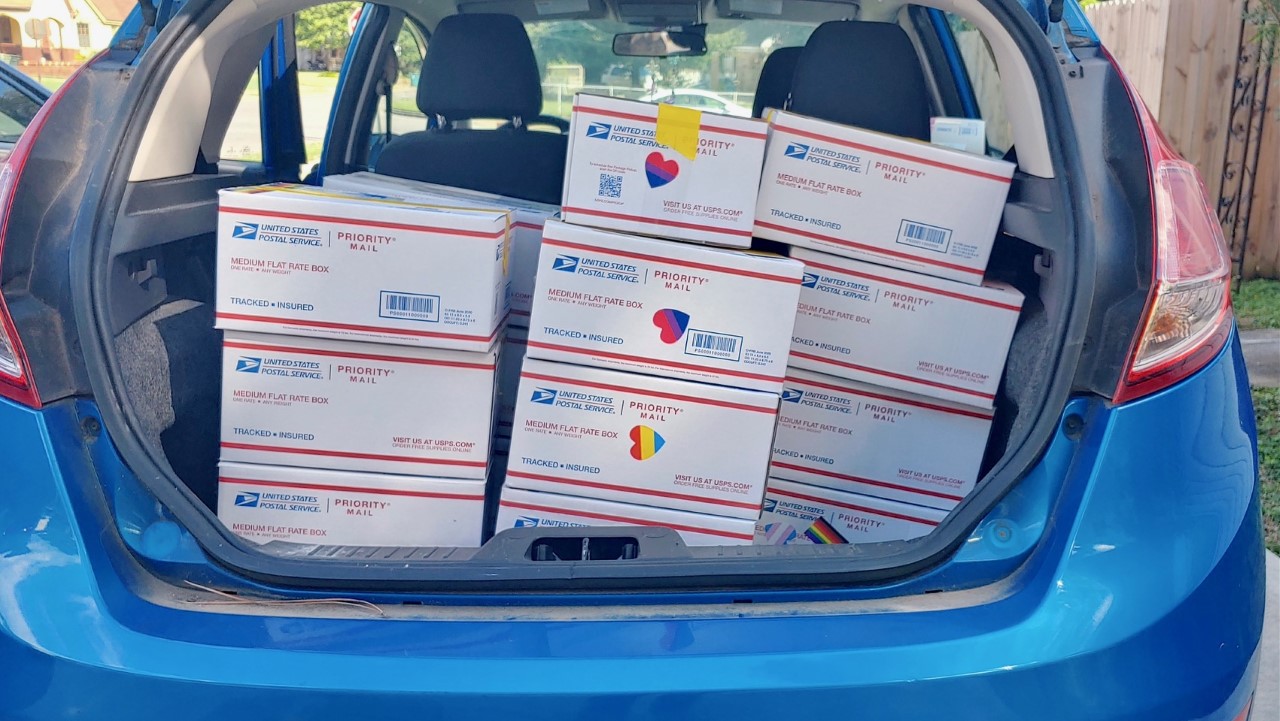 In addition, GSA put together personalized care packages for students that included everything from handwritten letters to their favorite teas. “It ties back to the idea of ensuring that students know they have people in their corner,” says Lever. “I think a care package would be the difference between me feeling incredibly alone as a first-year student stuck with my parents and me feeling like there are people who actually put care and work into ensuring that I feel connected to people at my virtual college.” Together, Lever, Taylor, and Donnelly-Bullington composed and mailed 50 boxes in September.

Looking forward, Lever is compiling a cookbook containing dozens of recipes submitted by GSA members. Winter break will include a secret gift exchange, and there are plans to create a mutual aid fund to enable LGBT students at Rhodes to break down the financial barriers to things such as access binders or changing their legal name. GSA is also coordinating with All Students Interested in Asia (A.S.I.A) to bring Chinese American comedian and LGBT activist Bowen Yang to Rhodes in the spring. Lever anticipates the upcoming hybrid semester will allow for an even wider variety of community-fostering events.