Joon Hwang, a Korean-born international studies major who grew up in Cambodia, never pictured himself attending college in Memphis, TN. But after researching the meaningful learning experiences Rhodes could offer, he couldn’t turn down the opportunity to apply. “My dad read the book Colleges that Change Lives and told me about Rhodes,” Hwang remembers. “I saw that the college had a great international studies program and a lot of unique opportunities within the department.” Once at Rhodes, Hwang learned about the Mertie W. Buckman International Internship Program through his advisor, Dr. Stephen Ceccoli, and was eager to apply. He was accepted into the program, and in the summer of 2019 traveled to Hong Kong.

Hwang’s decision to go to Hong Kong stemmed from a general curiosity about the city, as well as an interest in political demography, which is the study of the relationship between politics and population change. “The city is really interesting because it has such a low fertility rate; they’re something of an outlier.” While there, he worked as a marketing intern for PAKT, a startup specializing in luxury clothes storage, an enterprise particularly unique to Hong Kong. “Since Hong Kong has such a high GDP per capita and population density, they have a large number of wealthy people with lots of clothes and not enough space to store them. PAKT has a secure climate-controlled storage facility and an app for clothing delivery and pickup.” 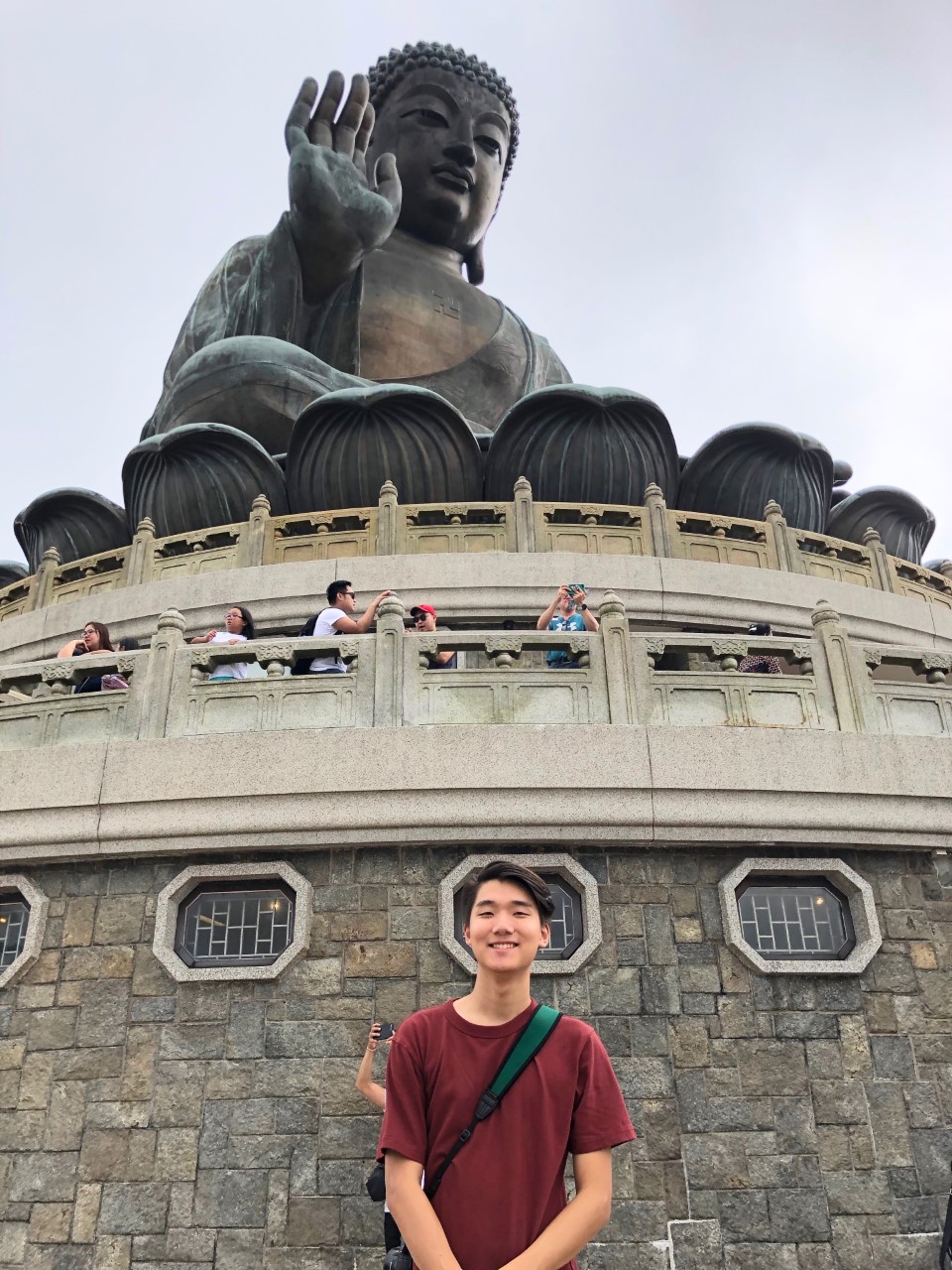 A critical part of Hwang’s experience abroad was due to the political climate in Hong Kong last summer. For the duration of his internship, Hong Kong’s pro-democracy protests were escalating right before his eyes. Living downtown, Hwang was unaffected by the transportation closures throughout the city, and found himself working directly alongside the company’s CEO most mornings due to his coworkers’ inability to get to work until later in the day. “It’s still kind of surreal,” Hwang recounts. “It was a protest of two million people in a city with a population of seven million.

“I had read about the protests in my international studies classes, but actually seeing them was drastically different. It was also very interesting hearing my co-workers discuss the protests at work. I learned so much from their perspectives on the event. They had a stake in it since it was their protest, so being able to see it up close added a lot of depth that reading or watching a documentary couldn’t.”

Hwang credits Rhodes for providing him such a rewarding experience abroad. “I had to focus on a lot of different things during my time at PAKT, and I think Rhodes prepared me well for that,” he says. “I didn’t have a supervisor and could have easily gotten off track, but being from Rhodes and knowing what work I had to do, I stayed focus and followed through with it.”

Working at PAKT and witnessing the political turmoil in Hong Kong were eye-opening experiences for Hwang. “Seeing the protests firsthand allowed me to realize that freedom and democracy are something we should not take for granted. After graduation, I plan to work in the public or nonprofit sector to promote democracy and freedom all over the world.”