Memphis Chapter Re-Drawn and Quartered for Four Times the Fun

Much as Londoners who live within the sound of the bells of St.-Mary-Le-Bow Church can consider themselves true Cockneys, Rhodes people who drive by campus and hear the bell in Halliburton Tower know they are members in good standing of the Rhodes Chapter of Memphis.

Thanks to recent efforts by members of the the Alumni Relations Office and a team of nearby enthusiasts, it is now easier for truly local Lynxcats to find each other and get together.

With more than 3,000 Rhodes alumni and parents in the Memphis area, logic would suggest that the Memphis Chapter would be the epicenter of alumni activity, and yet post-millennial chapters started in more than a dozen cities before the college’s own.

However, backward glancing was not the mission of a focus group assembled in summer 2010 to determine the best way to jump-start the alumni presence in Memphis. With deductive powers rivaling those of Sherlock Holmes, the group of about 25 discovered that when Memphis alumni feel the need to connect with the college, they make plans with an established group of friends, take in a basketball game or see a show at McCoy Theatre. Paradoxically, because it is so easy to be near Rhodes, Memphis folks have not had to be as intentional about finding each other as those in, say, Washington or Dallas.

From the gathering that summer was born the concept of four Clubs corresponding to the geography of the city, Downtown, Midtown, East Memphis and Germantown/Collierville. Each Club had the following marching orders: plan one event a year open to all alumni and parents in Memphis, and another, more intimate event for alumni in the Club’s immediate neighborhood. In addition to the four neighborhood Clubs, the Memphis Chapter acts as an advisory council and clearinghouse.

The focus group discovered that Memphians also want a little learning (not so much that they have to write a paper about it) with their socializing. At most events, one of the Rhodes faculty speaks briefly on the exhibit or venue that provides the theme of the party. All Memphis Chapter events are open to the college community, regardless of the ZIP code of the host Club.

Not to be outdone by those east of them, Downtown followed up quickly with their own events, including cocktails on the rooftop of the Madison Hotel overlooking the Mississippi, a holiday gathering and a Grizzlies’ NBA playoff party at the trendy downtown bistro Automatic Slim’s, across the street from The Peabody hotel. Downtown’s co-president, Kate Pera ’75, manages the catering division of a group of restaurants; thus Slim’s has become an unofficial clubhouse for the Downtown alums. During the Grizzlies watch party, alums from almost every decade showed up. “Several people my age arrived first,” Pera says, “and then as younger people began to show up, you could just tell when they walked in they were connected to Rhodes. It was so funny; they just have a certain look.” Co-president of the Downtown Club is Megan Andrews Starling ’02, senior assistant director of Admission at Rhodes.

Like many of us, Pera says Rhodes gave her the friends she made for life, “the people who, no matter what, have to take your call.” But the last couple of years, the alumni connection has taken on an even deeper significance for her. After being downsized from a job in the hotel industry at the low point of the recession, she turned to the college to regroup. “Rhodes didn’t teach me Job Loss 101, but after family, Alumni Relations is probably the first call I made when I was laid off. Rhodes College is the most amazing support group in the world,” Pera says.

Recently she had a chance to “pay it forward” at a career networking event hosted by Alumni Relations, during which students have an opportunity to develop essential networking skills and consult the Rhodes community as they search for their next internship or job.

“I think one of the coolest things about being an alum is that you no longer take your connection to Rhodes for granted,” says Whitney Faust ’10, formerly of Slidell, LA. Equipped with a degree in International Business, Faust stayed in Memphis after graduation to work as a financial analyst for Mercer Capital. “In school there is such a huge difference between age groups, but after graduation you find yourself connecting with Rhodes people of all ages and it’s because you have shared this common experience. It’s really a unique form of fellowship.”

Embedded within these social opportunities are the enduring values of Rhodes that can be summoned any time there’s a transition in life. “It’s pretty safe to say I wouldn’t be where I am today had I not attended Rhodes,” Faust says. “It helps to be able to look around and see people who are older than you, who came from the same place, and are just the most incredible, dynamic people. It’s encouraging.”

“Who Shot Rock & Roll,” a photographic exhibit at the Memphis Brooks Museum of Art, provided the venue for the maiden voyage of the Midtown Club, led by Hud Andrews ’70. Brooks curator Marina Pacini (former director of the Clough-Hanson Gallery on campus) discussed the importance of rock ’n’ and roll photography as cultural artifact.

The Germantown/Collierville Club chose an equestrian venue in June 2011. Neely Draughon ’01, of Off the Square Catering, provided a Derby-inspired menu for the Germantown Charity Horse Show. Under the red and black canopy, classmates from the ’80s to the ’00s broke out the festive, wide-brimmed hats. Mike Palazzolo,’86, banker and president of the easternmost Club, says there are more than 500 alumni and parents in Germantown and Collierville. “Our Club has focused on staying connected to the college and building relationships in our own backyard from recent graduates to more seasoned alumni. We’ve stressed four main priorities: civic stewardship, networking, social engagement and student recruitment.”

A collection of Impressionist paintings of Jean-Louis Forain at the Dixon Gallery and Gardens (again within the bailiwick of the East Memphis Club) brought alums and parents together for a private tour of the exhibit with remarks by visiting art professor Dr. Eliot King.

Our speakers have been very tolerant thus far because their remarks are regularly interrupted by squeals of recognition by alumni who have lived in the same city but literally not laid eyes on one another since graduation. “It’s that sensation of, ‘Oh my God, it’s you!’” explains Nancy Jordan ’76, a practicing psychologist. If these gatherings were just social constructs, that would be entertaining enough, but being with Rhodes people rekindles a bond that began at a formative time in our lives.

“It really does take you back to the time in your life when you first leave home, says Jordan. “The people who were there when you first started become the people who’ve known you your whole adult life. Seeing them again brings out that aliveness that was in you then. It’s the person who taps you on the shoulder and says, ‘Come on out. Let’s play.’”
For most, distinctions about belonging to one’s class (1956 or 1996) become less important on the alumni side. “It’s astonishing that you have this common experience with people you didn’t know back then,” Jordan says.

When they moved back to Memphis from Connecticut last year for Larry’s job, Libby ’72 and Larry Dorris ’72 were quick to reconnect with the Rhodes community. While Larry was happy to trade his 90-minute commute to New York for a two-minute drive to his office at Regions Bank, moving to any new city means an adjustment. The alumni network made their move easier, Libby says.

“We have enjoyed reconnecting with good friends from the past, but also seeing folks who were not close friends during our days at Southwestern. Somehow we now have more shared experiences (marriage, parenthood, work, travel) and we connect in a different way. We actually have more in common now than we did in our college days.”

Technically, the couple live in East Memphis, but they Club-hop, as everyone is welcome to do. The borders of the four Clubs are highly permeable, and a Collierville-dweller is always welcome at a Downtown Club event, and the line between Midtown and East Memphis exists mostly on maps.

Being president of the Midtown Club is one of Hud Andrews’ favorite “titles” in a lifetime of accomplishments. Andrews considers it a unique privilege to live in the same city as his college. “Since 1966 I have lived within the sound of the bell in Halliburton Tower. I hear it when I’m in the yard or in the kitchen and it makes me think about my college. I’m just a proud Rhodes College graduate who is terribly proud of the fact that they wanted me … it would be fine with me to be buried in Fisher Garden.” 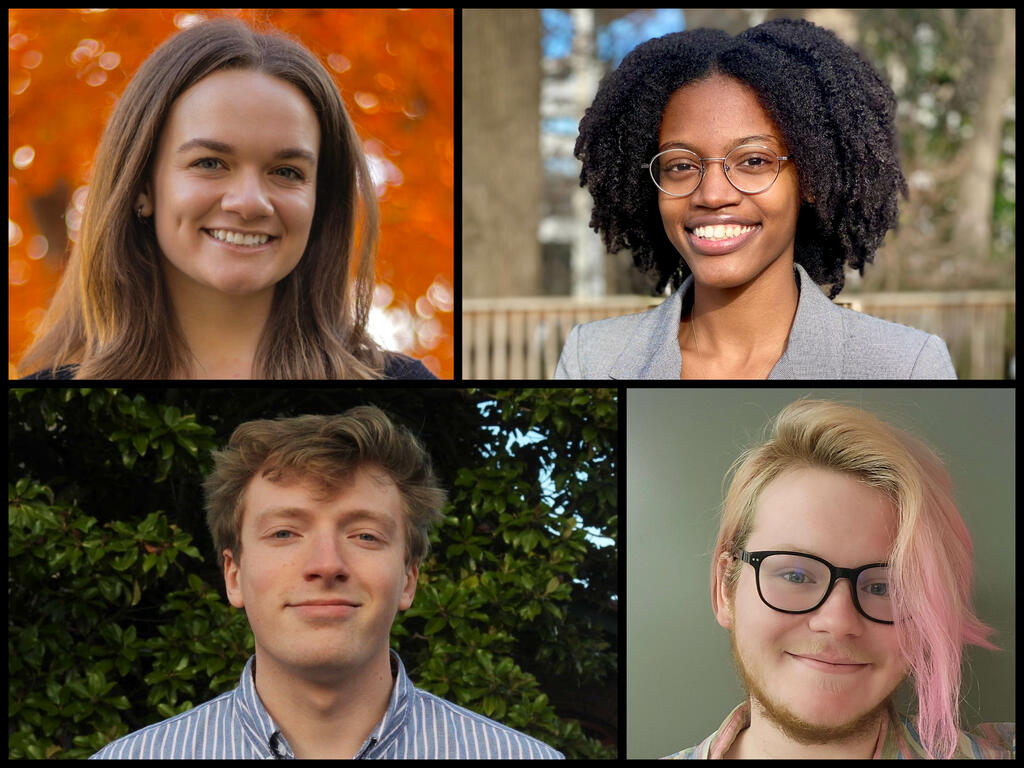 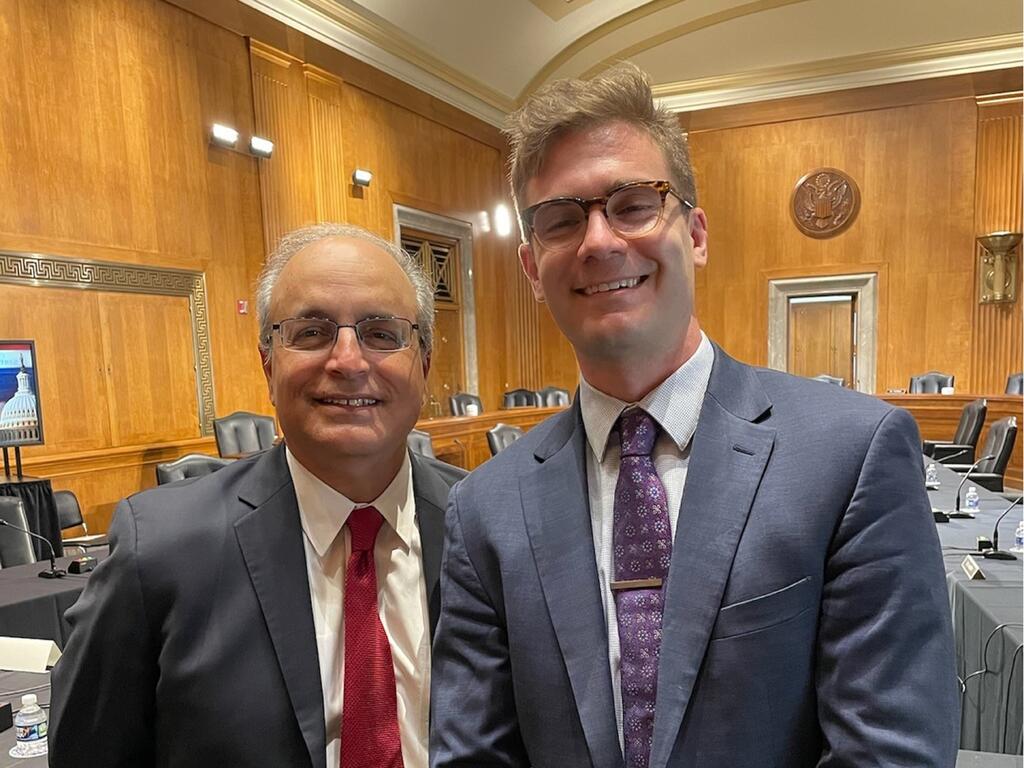 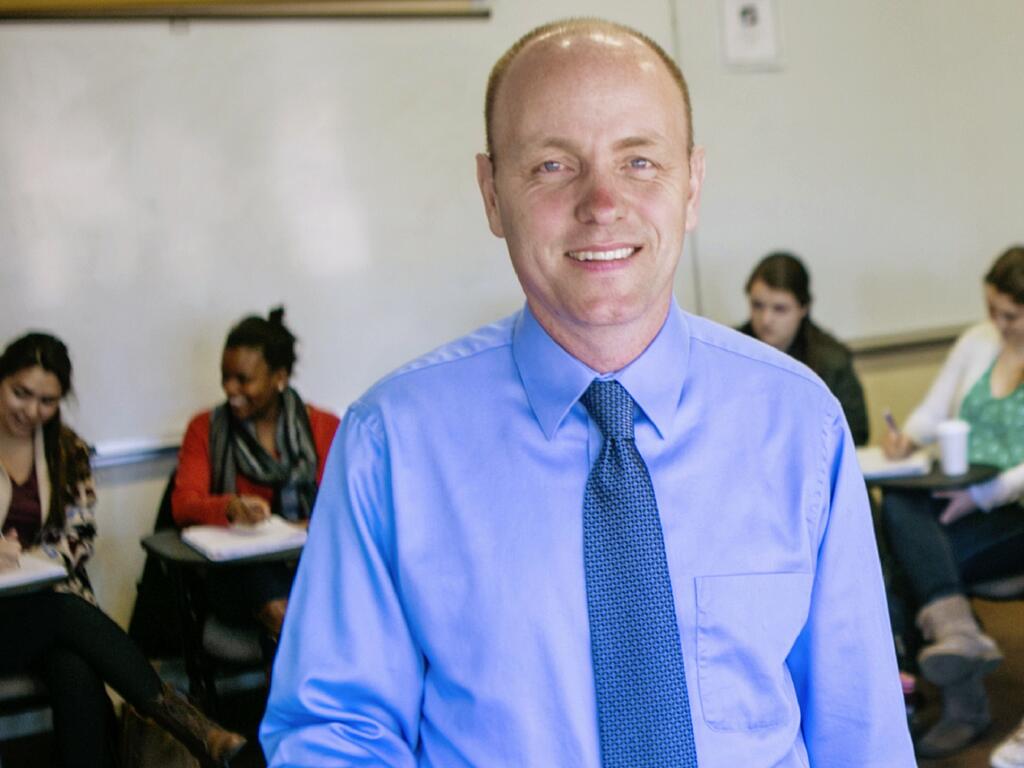