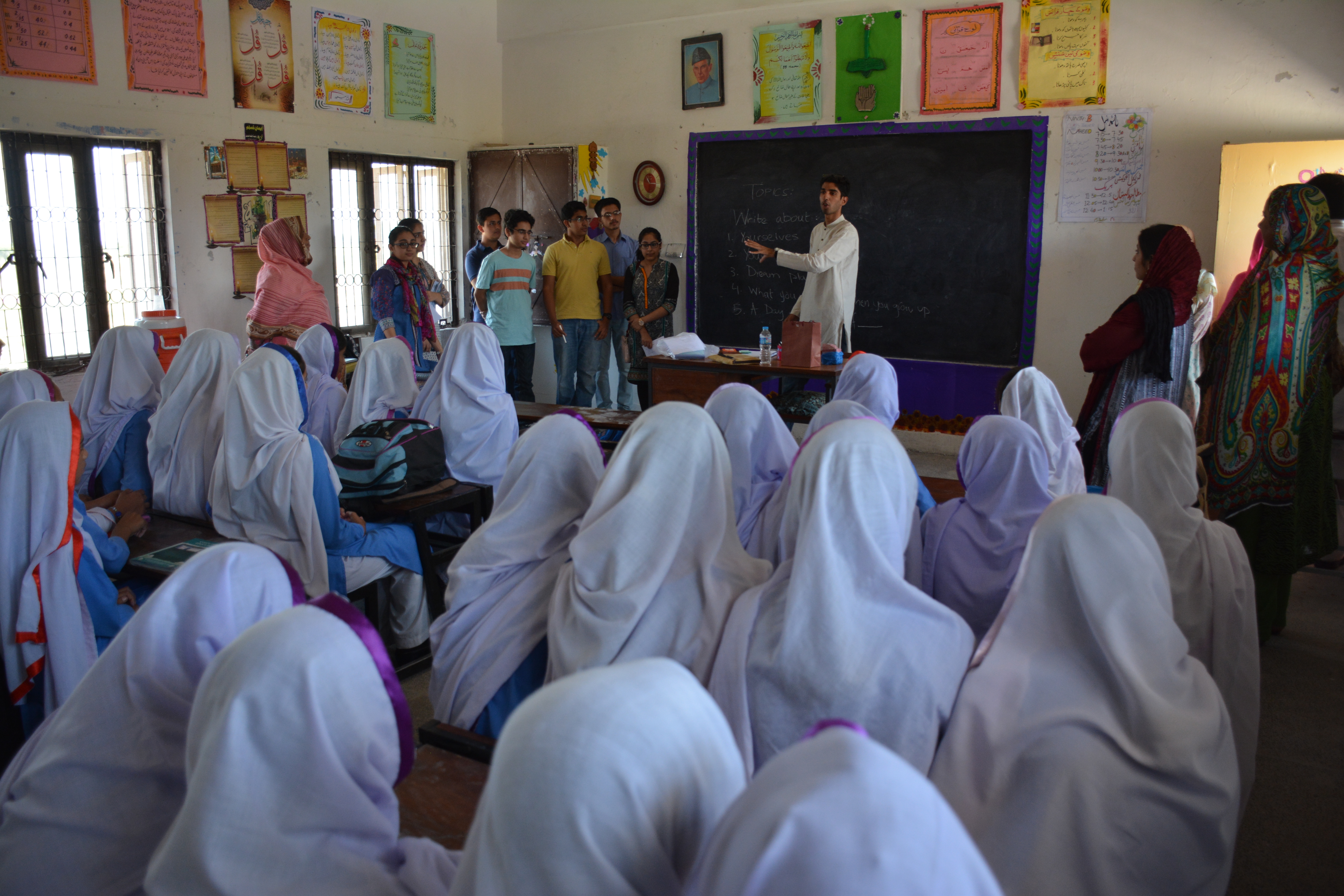 Soon after graduating from Rhodes College in 2013 with a major in political economy, Sameer Shafi Warraich moved back to his home country of Pakistan. Warraich calls the years since “nothing short of a rebirth.” While he enjoyed his year working at a business intelligence firm in Atlanta, he knew corporate America was not his true calling.

“While it may sound clichéd, I looked at my move back to Pakistan as a golden chance to pursue a career pertaining to my interests. There was a void in my career life that was irking me,” Warraich explains. “I remembered that after I returned home to Pakistan from Rhodes’ European Studies study abroad program in 2011, I gave a two-hour lecture at a local university on Greek and Roman architecture. The experience was refreshing and nothing short of inspiring—it kept on reminding me that perhaps my true calling is in teaching, and I finally pursued that when I moved back.”

Now, Warraich is addressing educational barriers in Pakistan through teaching and helping to develop schools. He also helps to establish scholarship funds for the Squeaks Foundation, such as the Scholarship Endowment Fund for girls’ university education in the province of Khyber Pakhtunkuwa—the home province of Nobel-winning education activist Malala Yousafzai.

He divides his time between lecturing in economics at two schools in Lahore and has been involved in helping the Misgar and Shimshal Valley communities develop and run a school. He also works as an outreach consultant for IEI (Innovate. Educate. Inspire) Pakistan, serves as a partial investor and education consultant for a venture capital fund that funds Pakistani tech-based startups, and volunteers as a story scholar for the 1947 Partition Archive. The 1947 Partition Archive is dedicated to institutionalizing the people's history of the violent 1947 partition of India through documenting and archiving eye-witness accounts of people who lived through the period.

“My work follows the simple mantra of ‘Think global, act local.’ Living in Pakistan reveals countless problems, and, subsequently, solutions to global development problems—education being just one of them,” Warraich says.

“This is a region that has been marred with religious intolerance, conservatism, terrorism, and gender inequality. And for me, the root cause has been a lack of education for both men and women. Many minorities, marginalized communities, and women have been denied the right to quality, holistic education, and my role, even though very miniscule in scale, has been to bring about changes in pedagogy and curriculum while opening the doors to education for all. The experience is truly humbling and gives me the energy to go out and make change in various communities of Pakistan.”

Warraich credits the liberal arts education he received at Rhodes for opening up countless opportunities for him and for all he has achieved. In particular, he says economics professor Dr. Teresa Beckham Gramm provided him with the mentorship and inspiration he needed to pursue his interests and has continually been available for support, even thousands of miles away.

“A lot of my work requires me to use skills from various disciplines, be it economics, public policy, communication, finance, education, sociology, or writing. I came to Rhodes after spending 12 years in an education system that was very regimented and gave little room for creativity, but all of that was essentially flipped over once I came to Rhodes. I indulged myself in diverse subjects that helped me think critically. After graduating from Rhodes, I felt confident in truly pursuing my dreams, and ready to tackle 21st century global problems.”