Annual awards were presented at the 173rd Commencement Exercises of Rhodes College held May 14 on campus.

Natalie L. Smith is the recipient of  the Peyton Nalle Rhodes Phi Beta Kappa Prize, the college’s highest academic honor and awarded to the graduating senior who has best demonstrated an exceptional combination of scholarship, creativity, and achievement and a commitment to the liberal arts and sciences.

The 2022 Algernon Sydney Sullivan Awards were presented to graduating seniors Mi’Destini Victorian and Dulce Maria Salcedo and Christy Weir Krueger ’85 of the Make-A-Wish Foundation of the Mid-South. The awards are presented annually to two graduating seniors and one non-student who have given selflessly to others and the college.

MORE ABOUT THE RECIPIENTS

Natalie L. Smith is a French and Francophone studies and political science double major from Mount Pleasant, SC. She has pursued a wide range of academic interests and recently was inducted into Phi Beta Kappa, America’s oldest collegiate honor society that champions the liberal arts and sciences.

Smith has conducted research examining the effects of federal redistricting on the American judiciary and presented this research at numerous national conferences. She completed two honors theses and noted that, “One of the greatest privileges that we have as thinkers at a liberal arts institution is our intellectual freedom to be critical consumers and producers of knowledge.”

In one thesis project, Smith examined the cultural importance, policing, and commodification of language, specifically as it relates to France and Québec. She completed her work—both reading and writing—in French. Her second thesis project combined Geographic Information System (GIS) mapping with political theory to investigate where congressional district lines are drawn and how electoral boundaries impact issues of voting rights, political representation, and electoral fairness throughout the 50 states.

Smith’s professors characterized her as a “scholar who delights in the unbearable, joyful frustration of knowing that there might be 1,000 right answers depending on one’s perspective” and as “someone who is genuinely enthused by the opportunity to learn something new, conduct research, and change her mind.”

Mi’Destini Victorian is a psychology major from Houston, TX. In her role as a Bonner Scholar, she served both the communities of Memphis and Houston. She was a library intern with the KIPP Memphis Collegiate Schools, where she remotely managed library data for weekly distribution of books during the pandemic, constructed the elementary library through organizing and leveling hundreds of books, and facilitated a weekly book club for the middle school students. Victorian also served as the marketing and research coordinator for #WomanStrong Nonprofit of Houston, an organization centering on initiatives and events for the personal development of women, children, and families.

On campus, Victorian planned and led programs and events that support mental health and wellbeing, including an education panel titled “As Within, So Without” and a scholar supply drive known as “The Red Backpack Project” to support KIPP Memphis Academy Middle School for the upcoming school year. Victorian accomplished all of this while serving as president of the Black Student Association and as a member of Delta Sigma Theta Sorority, Inc.

Her peers said this about her: “Mi’Destini is a force for good in her communities both here in Memphis and in Houston, which makes her truly embody the ideals of the Algernon Sydney Sullivan Award.”

Dulce Maria Salcedo, an international studies and history major from Jackson, TN,  has served as a Rhodes Student Government Senator and as chair for the Diversity, Equity, and Inclusion Committee, where she has led multiple initiatives to support equity and inclusion on campus. As a peer assistant, Salcedo has served as a compassionate mentor for incoming students. Her work in this role was critical to supporting first-year students as they navigated the difficulties of the transition to college, particularly during the pandemic.

Beyond Rhodes, Salcedo has assisted undocumented high school students in their college admission process, and in her hometown, she has made a significant impact by working at the city’s first-ever nonprofit immigration law organization. Her willingness and ability to make legal resources available to Spanish-speaking communities has allowed for many individuals to gain immigration status and to become better equipped in navigating the complex immigration system.

Her peers said this about her: “Dulce Maria is truly a reflection of the values embodied by the Algernon Sydney Sullivan Award. Her personal experience and dedication to many communities will leave a tremendous impact even after she leaves Rhodes.”

Christy Weir Krueger majored in history at Rhodes but credits her accounting professor Sue Legge for her passing the Certified Public Accounting exam. Today, Krueger is vice president of finance and operations for the Make-A-Wish Foundation of the Mid-South. Throughout her tenure at Make-A-Wish, she has hired numerous Rhodes interns, who have received credit while learning about nonprofit management and accounting.

A devoted Rhodes alumna, Krueger has served as a Career Networking Volunteer and fundraising advocate for the All Roads Lead to Rhodes fundraising challenges, has advised the Chi Omega chapter, and has helped to recruit top high school students to the college. She served as a member of the ad hoc committee to determine the Principles for the Process of Discernment Related to Contested Names that resulted in the naming of Southwestern Hall.

As president of the Rhodes College International Alumni Association, which has more than 13,000 members, Krueger led the association throughout the pandemic. “At a time when our alumni were unable to maintain the personal interaction and engagement that are the foundation of a Rhodes education, Christy’s positive outlook and enthusiasm kept us motivated and inspired,” says Director of Alumni Programs Tracy Patterson ’84. “She was always willing to collaborate and always said ‘yes’ when asked to serve.”

Professor of Biology Gary Lindquester joined the Rhodes faculty in 1988 and established the biology department’s special course work in immunology and virology. He led the department in obtaining specialized equipment for laboratories and was instrumental in several renovation projects in the Frazier Jelke Science Center. As the department chair, Lindquester worked to give shape to new and modern laboratory and office facilities in Robertson Hall. Student learning and preparing students for more advanced and independent study, however, have always been at the center of his work.

Along with his students, Lindquester has produced cutting-edge research that also has contributed to better understanding of the college’s mascot. With a National Science Foundation grant titled “Teaching Bioinformatics through the Lynx Genome Project,” the researchers produced one of the first DNA sequences of the lynx.  More recently, Lindquester has served as the liaison to St. Jude Children’s Research Hospital. In this role, he develops research for students through the St. Jude Summer Plus program and career development for St. Jude post-doctoral fellows.

Lindquester has served on nearly every standing faculty committee at the college and as a department chair, and his knowledge of the college and its academic program cuts both wide and deep. Throughout his career, his humility, his reputation as a contributor and collaborator, and his willingness to serve have made him a sought-after colleague and advisor.

Professor of History Michael Drompp joined the Rhodes faculty in 1989 and has taught  courses on Chinese, Japanese, Inner Asian, and general East Asian history. He has served the college in a wide variety of capacities, including serving as chair of the Department of History for eight years and  chair of the Asian Studies Program for 17 years.

In 2008, Drompp was named dean of the faculty and vice president for academic affairs, a role he held for six years. In this role, he also formed the LGBTQ Working Group to ensure that all voices of the college would be heard. He was asked to chair the President’s Diversity Task Force and the Steering Committee for the President’s Ten Initiatives that led to a strategic plan and the Campaign for Rhodes. He also was appointed as a Faculty Fellow for International Programs and still managed to find time to serve as president of the Rhodes chapter of Phi Beta Kappa.

Drompp is the recipient of the college’s Clarence Day Award for Outstanding Teaching and Jameson M. Jones Award for Outstanding Faculty Service. He has been described as one who tackles issues with a great measure of calm, thoughtfulness, fairness, and patience. A former colleague shared this about Drompp’s tenure as dean: “Among his many virtues were his eagerness and ability to genuinely listen to the many colleagues who came to meet with him, to collaborate with them, and to solve problems and find ways around roadblocks, all while upholding Rhodes’ high academic standards.” 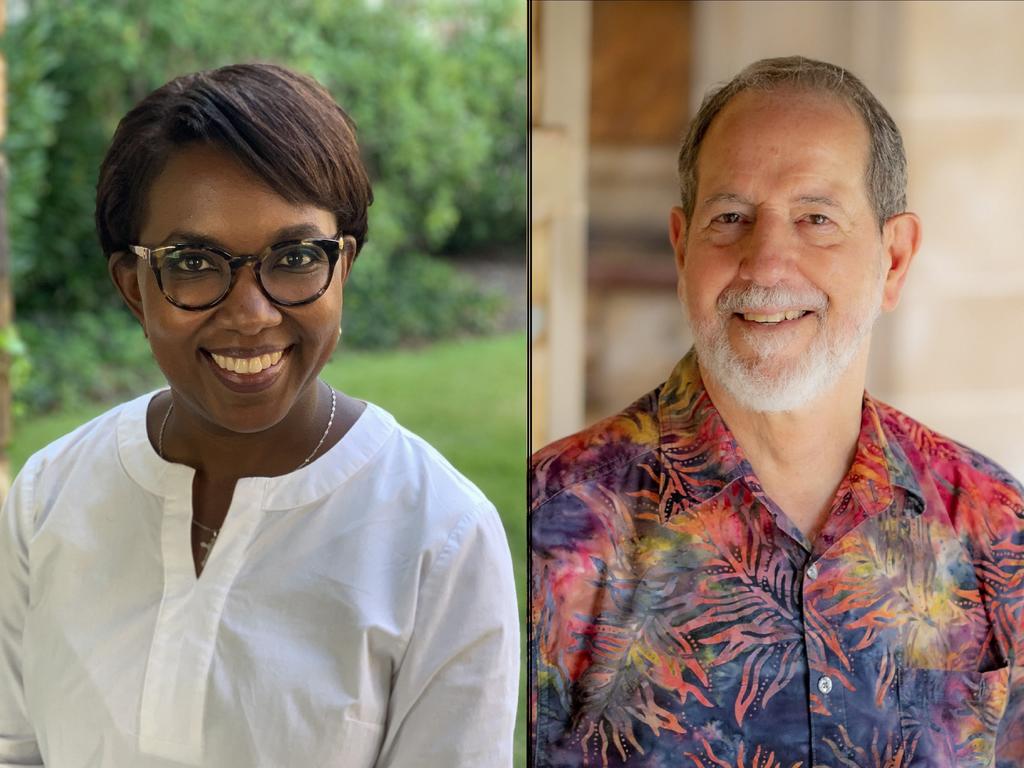 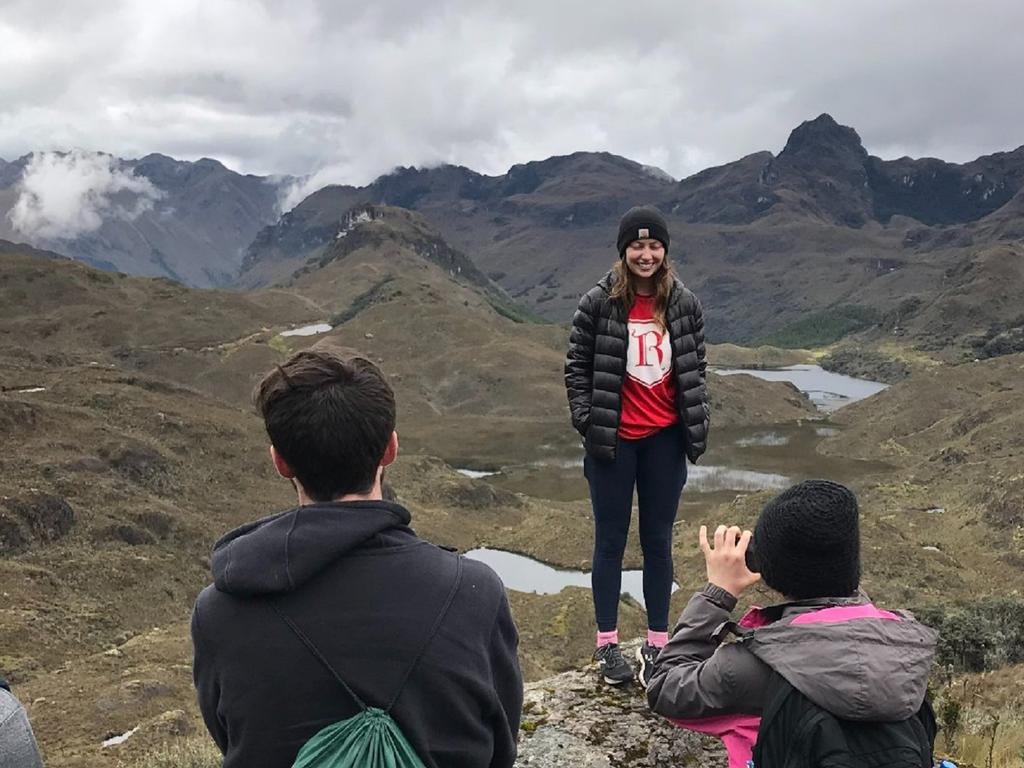