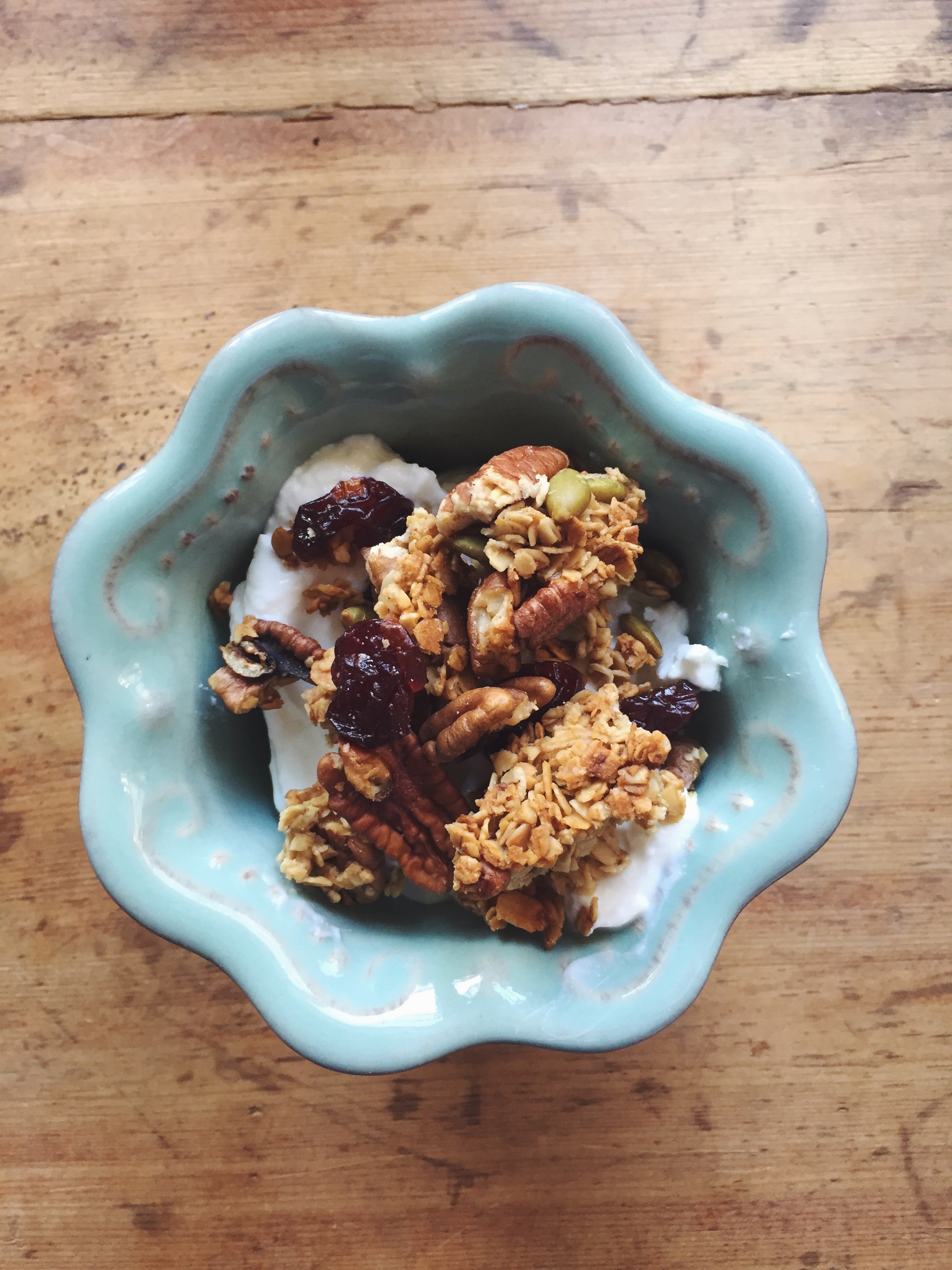 For Madeleine O’Toole ’22, healthy eating has long been a passion. A native Memphian, O’Toole created the Instagram account and online blog granolagrrl to spotlight local restaurants, share recipes, and to emphasize that healthy food can be accessible to all.

While a student at Saint Mary’s Episcopal School, O’Toole began posting photos of healthy and delicious meals on Instagram in 2016. “For a while, at the beginning of high school, I restricted my eating and I counted calories a lot,” she says. “Part of the reason why I started the Instagram account was to see food as something wonderful and fun again. I think it’s important to live with the mindset that, you can still live a healthy life even if you don’t eat perfectly every day.”

Despite the excitement that came with starting a blog, O’Toole kept quiet about it with her peers. “It was my little secret,” she recalls. However, as O’Toole’s classmates started to piece together that she ran granolagrrl, she decided to expand her food enthusiasm into an online blog. “I realized that I had become really interested in the Memphis restaurant community and how to use simple foods in new ways, and I felt Instagram could only show so much of that,” she says.

Since enrolling at Rhodes, O’Toole has adapted the blog to fit the college-student lifestyle. “A lot of the content has to do with food that I make in my dorm, or taking some ingredients from the Rat [campus dining area] back to my dorm and making something new out of them.” A central feature of her blog is communicating that healthy eating is possible on a limited budget. “I’ve tried to use more simple foods that a lot of people have on hand and aren’t expensive to show the accessibility of healthy eating,” she explains.

In addition to working at the restaurant City Silo in East Memphis, O’Toole has spent much of her first year at Rhodes interning with Memphis Tilth, a food justice organization working to create a more sustainable, economical, and environmentally friendly local food system. She collaborates with the Memphis Tilth staff on video ideas and uses her social media platforms to support the organization. “Not too long ago, I used my blog as a fundraiser for them. I made sweatshirts that were pretty affordable and gave all of the proceeds to the organization.”

O’Toole plans to pursue an urban studies and business major while at Rhodes and says she is excited about granolagrrl’s future. “I’m taking it day by day. I have a plan for each month, but I see it as something that will evolve with me as I move through college.”