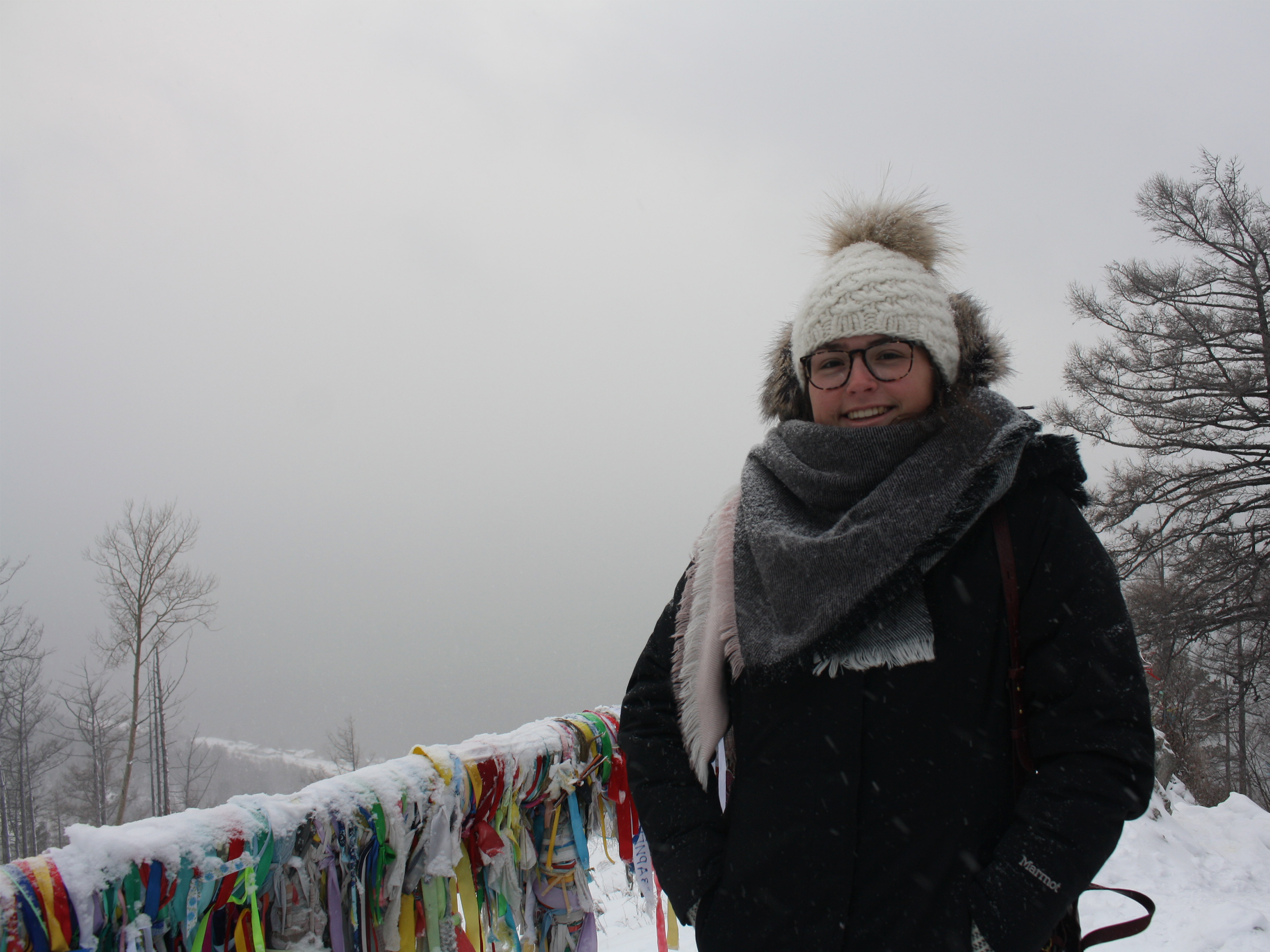 For senior Emily Perry, it was the fulfillment of a lifelong ambition when she spent the fall of 2017 in a small Russian city just north of the Mongolian border, studying Russian literature and economics.

“My birth father was a Russian translator for the U.S. Navy, so I grew up hearing about Russia. Studying Russia and talking about the cold war were always my favorite parts of history and international relations classes,” says Perry.  “I think Russian is a beautiful language, and I always wanted to learn it.”

It was the Russian Studies program at Rhodes that initially piqued Perry’s interest and then drew her to attend the college. “Rhodes has the only fully developed Russian curriculum in the state,” says Perry.

Receiving a Buckman Fellowship for Study Abroad also helped Perry further her cross-cultural interest in Russia. The $10,000 fellowship allowed her to travel to Irkutsk, Siberia, to study at the International Institute of Economics and Linguistics at Irkutsk State University. There, she was able to immerse herself in the Russian language for a semester.

“I had traveled on a Maymester to St. Petersburg, and everyone on the street, if they heard my accent, would speak English to me, which was frustrating,” says Perry. “I took economics and Russian language and literature classes, and was forced to interact with these texts and with my professors in Russian—which made my brain hurt a little bit, but I did it. Without the Buckman Fellowship, I would never have been able to go into the middle of Siberia like I did.”

In addition to adding new perspectives to her educational experience, Perry’s studies in Irkutsk sparked a passion to translate a short story by Russian mysticism author Mikhail Lermentov. The challenge of translating his final and unfinished work, Shtoss, attracted her to the task, which taught her invaluable lessons about language acquisition. “You don’t realize there are so many idiosyncrasies that you are never going to be able to fully express,” she explains.

Dr. Sasha Kostina, head of the Russian Studies program, submitted the abstract of Perry’s story translation to the Modern Languages Association (MLA), and they invited her to present on a Russian literature panel at the association’s conference in San Antonio, TX, this past October. Being the only undergraduate on a panel of PhD candidates was a little intimidating, but rewarding. Perry, assisted by Kostina, is working to have the story published in the MLA’s journal, which is unusual for an undergraduate, and she received positive feedback and suggestions at the conference for fine-tuning her submission.

Perry, who will graduate in the spring, is currently pursuing honors in Russian Studies. As part of her research project, she plans to return to Russia in March to work for the Russian Orthodox Church, where she will explore the contrasts between Russian Orthodoxy and western Protestantism.