“The fool has more hope of wisdom than the man who calls himself wise.”

In February of 2022, Paul Barret, Jr. Library patrons were greeted by this and other beguiling aphorisms favored by the famous essayist Michel de Montaigne. Mounted on fiberboard and suspended from the ceiling, the quotations were part of the exhibition “What Do I Know? Montaigne’s Restless Mind,” curated by students of Dr. Scott Newstok, professor of English at Rhodes, in collaboration with the Associate Director of the Barret Library, William (Bill) Short. The presentation style of the passages was one of many thoughtful curatorial choices — and an ode to Montaigne himself, who painted these same excerpts on the ceiling beams of his study.

Students enrolled in Newstok’s Special Topics seminar in the fall of 2021 became intimately acquainted with Montaigne, a revolutionary writer and thinker, and one of Shakespeare’s major influences. Montaigne is best remembered for popularizing the modern essay form.

The Barret Library exhibit included early editions of Montaigne’s works, rare books dating back to the 1400s, and fascinating memorabilia.

In conceiving the course, Newstok approached Short to see whether they could create a curatorial experience for the students, focusing on themes in Montaigne's writing. For their final project, students could work in a group to craft a display by selecting items and writing descriptions; alternatively, others designed a brochure in which they annotated an essay by Montaigne. 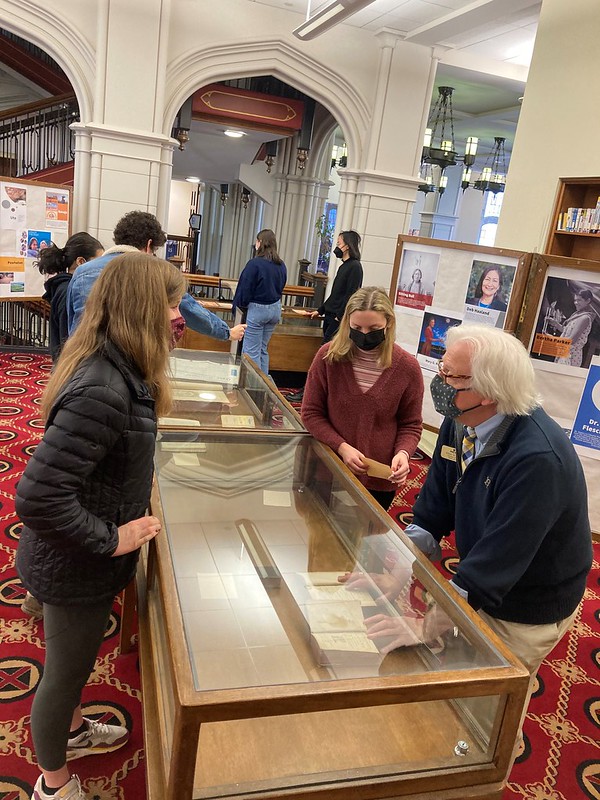 Throughout the semester, students consulted with Short to arrange materials from the library's Special Collections. New acquisitions were also made with funding from the Pearce Shakespeare Endowment, from the bequest of Dr. Iris Annette Pearce, who attended Rhodes in the 1940s. In addition to obtaining books for the exhibit, the fund also paid for the physical displays, including the brochures and posters.

Short guided the students through the curatorial process. "The joy of this—and it was a joy from beginning to end—was meeting with students, having them drive the conversation. For them to have a learning experience, it was important for them to find the questions and then, together, to find the answers."

Harrison Glaze '23 created the display "Love and Theft: Quotation and Originality from Rome to Port Royal" with classmates Ellen Lemm '22 and Emily Ulmer '22. "There was a series of books that Dr. Newstok told us was in the library,” says Glaze. “We competed amongst each other—first-come, first-served—to get the most impressive books. So there was some friendly battling, if you will."

Glaze's group was successful in securing the college’s oldest printed book for their exhibit: a 1484 copy of Cicero's writings, opened to “On Duties.” Featuring three layers of annotations, Newstok describes the pages as "an analogue of Montaigne's own revisionary habits of mind." Other groups mounted objects ranging from "a disputatious 1589 English translation of the New Testament” to portraits of Montaigne's influential editor, the early feminist philosopher Marie de Gournay, who praised Montaigne for “unteaching foolishness.”

Students arranged the displays to tell a cohesive narrative about Montaigne. From there, they drafted panels and posters—where they discovered the surprisingly numerous decisions that go into a museum display, including word choice, font, text size, the color of paper, and more. Short remembers students marveling: "We never realized there was so much involved!" 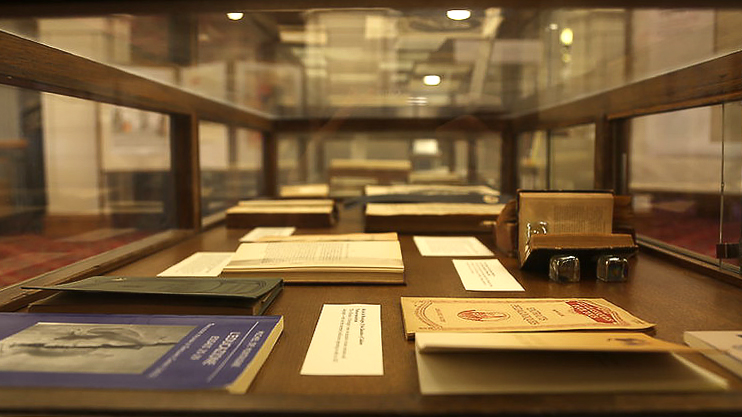 With a quick laugh, Short adds, "The composition of an exhibition looks so easy. You see it; it's great; you go home. I don't think any of these students will ever go to a museum or an art gallery without knowing how much work went into it, or without noticing the arrangement, the progression of it."

Diana Miranda '22 chose to design a brochure. “I was interested in doing an annotation project because of his essay ‘Of Cannibals,’ which describes the Tupinambá people of modern Brazil,” says Miranda. “I'm a Latin American and Latinx Studies major, and throughout my classes at Rhodes I've always tried to find a perspective into understanding how Western society has perceived indigenous peoples of Latin America.

"I felt the annotation project gave me the opportunity to look more into the essay and investigate specific words and phrases and the different people he mentions throughout, to illuminate how his Western perspective and background in classics influenced his way of thinking.”

Miranda's brochure complemented her classmates' work, providing a souvenir that embodied the semester-long project. The final result of their efforts was a professional gallery as dynamic and thoughtful as Montaigne.

Although the exhibit is now closed, the Rhodes community can look forward to Newstok's upcoming Montaigne publication: “Inspired by the research students conducted for our seminar, I'm editing a new translation of his essays on education, which have been praised as ‘the most readable and fascinating ever written on the subject.’”

Reflecting on the exhibit, Short comments, "Nothing is more important than a teacher's pedagogy and the students’ work that results from it." One can imagine that Montaigne would agree. 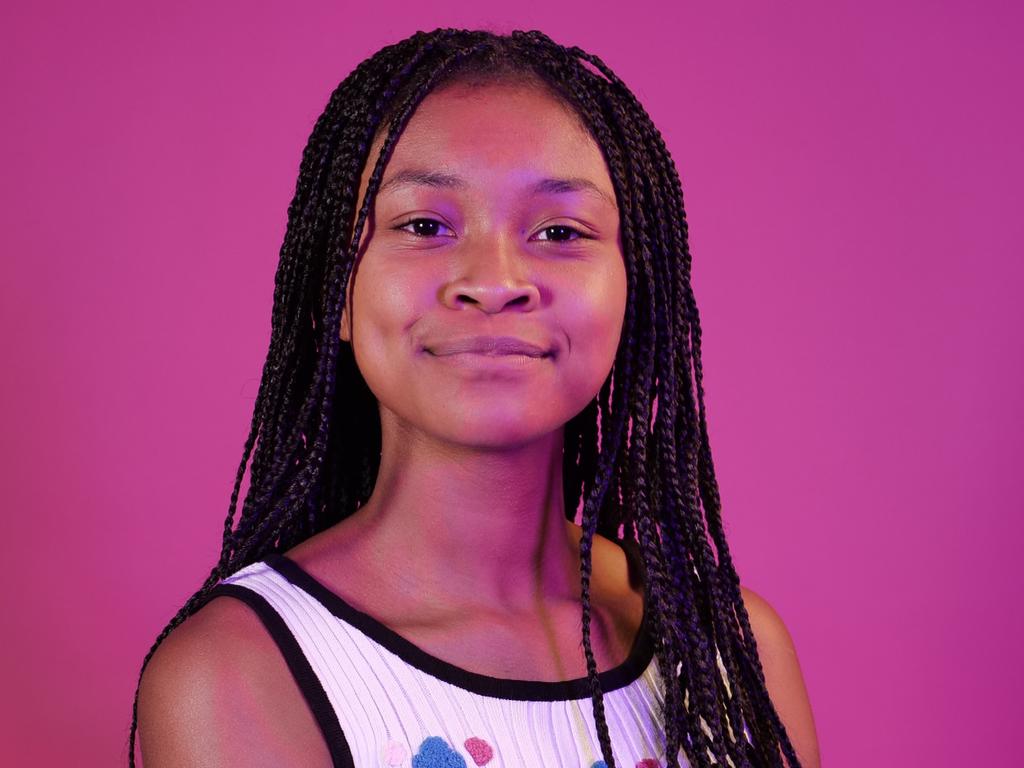 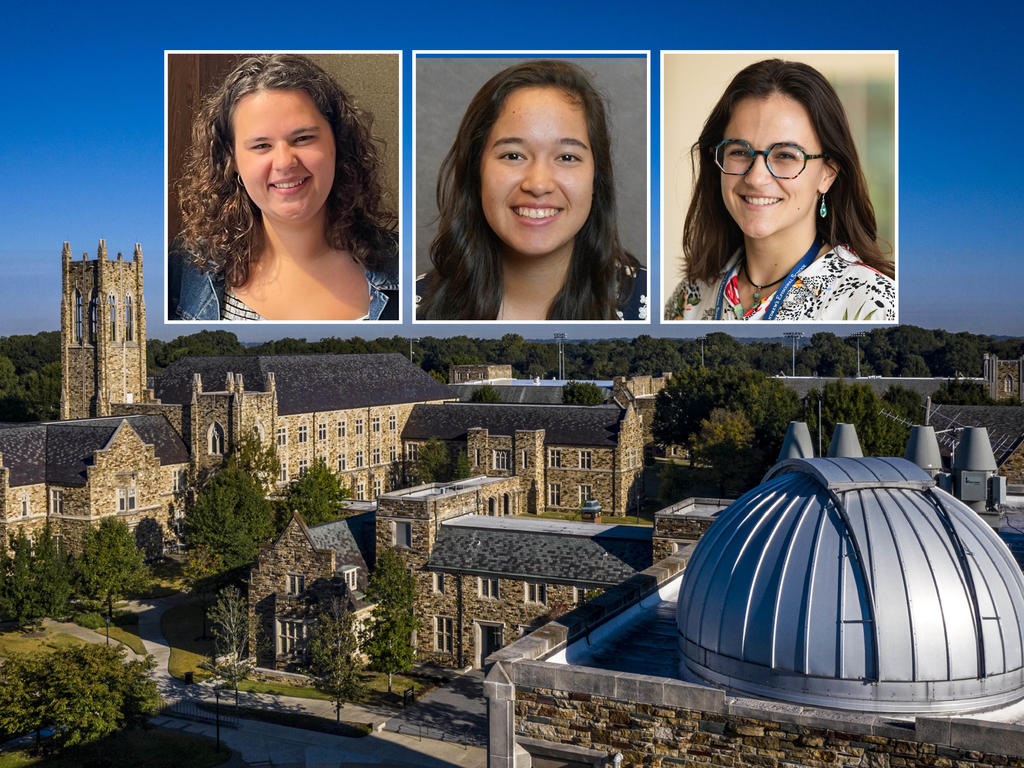